” That’s something we’ve been looking for a long time.”  – Original of a window builder from Bavaria.

That was the new K410 laminated glass meant. Where, if not on the world fair GLASSTEC in Düsssldorf, a platform around all novelties from glass, we could present our new developments to a broad specialized public.

Thanks to the support of the state of Saxony-Anhalt and EFRE, the European fund for regional development, we ventured to an international trade fair with our own stand for the first time in 2018. And with success.

Trade visitors from all over the world wanted to touch the new glass and were amazed that it was no heavier than a normal insulating glass.

While previous laminated glasses only filter out the heat component, the K410 glass also cuts off the entire short-wave radiation component down to the blue range of 410nm. A contribution for energetically optimized glasses.

But the K410 laminated glass technology can do much more. For example, historical windows for museum restoration can now be produced with a blue filter or 1mm thin glass for radiation-sensitive components and displays. The bandwidth for the new K410 glasses is wide.

Impressions from the fair 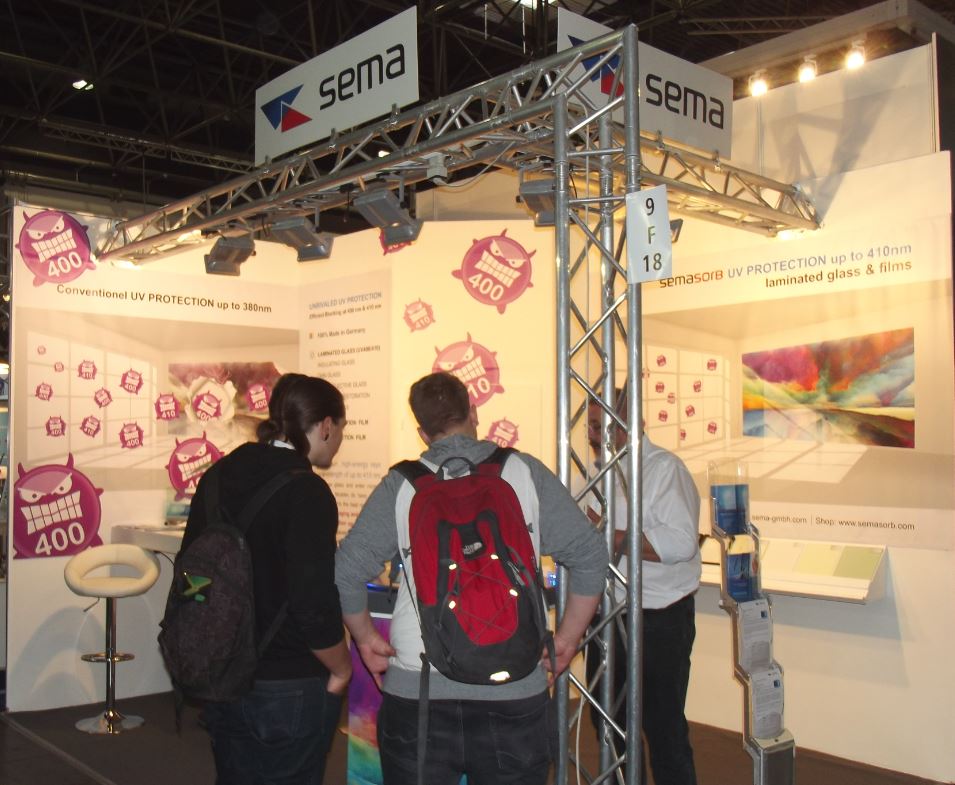 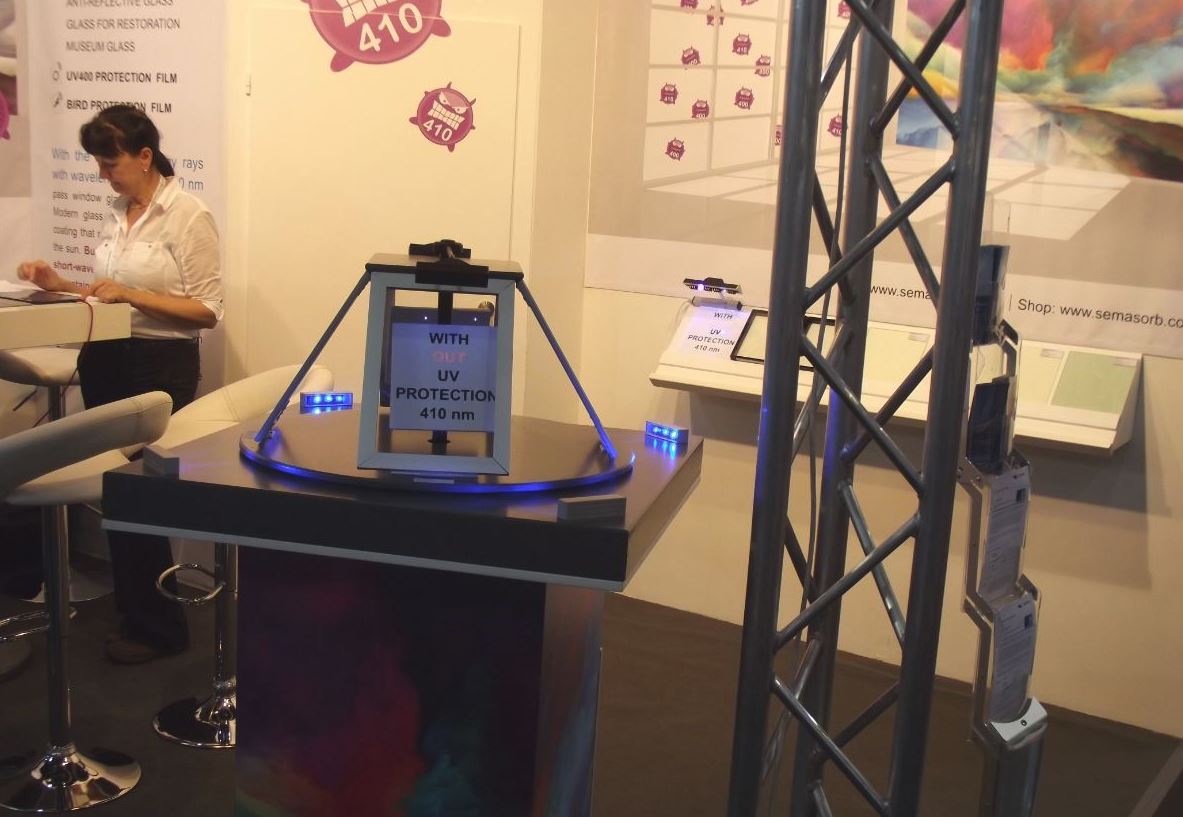 We are looking forward to your inquiry